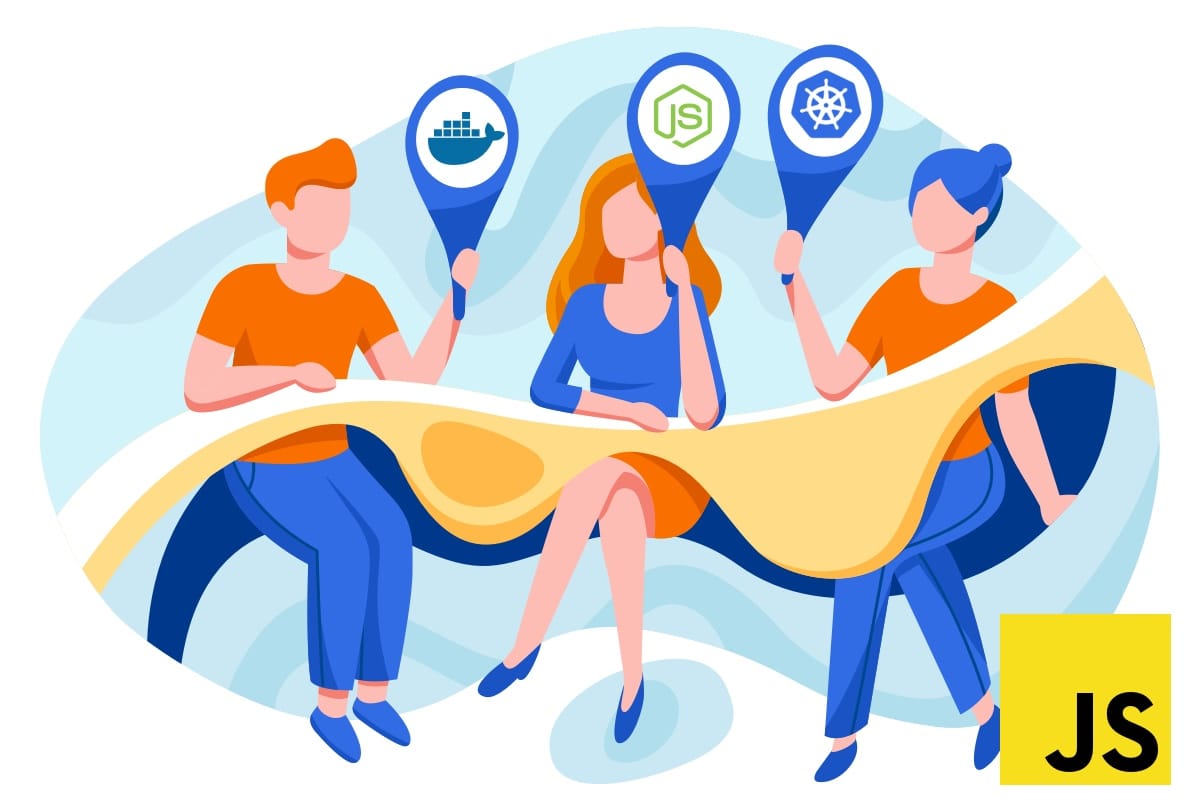 TL;DR: In this chapter, you'll learn how to scale your Node.js application with Kubernetes by making it stateless.

Kubernetes is all about making your applications robust when traffic is high.

But, how do you actually do that?

If your application is popular and you receive more traffic than usual, you might need to increment the number of instances running to cope with the load.

And if the sudden increase in traffic vanishes after a few days, you might want to save resources in your infrastructure and decrease the unused instances.

However, there's a gotcha.

Not all applications can be scaled out of the box.

If your application is holding any data in memory or on disk, you might not be able to scale it unless it's refactored to be stateless.

But don't worry, you will learn how to do it in this article.

The application which you'll learn to scale today is called Knote.

If you have been following along the tutorial series, you would have learnt to deploy this application in a cluster during the previous chapter.

This is what you'll be looking at today.

Scaling means increasing or decreasing the number of instances of an application component.

The benefits of this are twofold:

But not all apps can be scaled horizontally.

If your application has any local state, you might need to refactor the code to remove it.

In this section, you will learn how to scale your app to any number of replicas in Kubernetes.

And you will learn how to refactor your apps to externalise any local state.

The application that you will scale on Kubernetes is the following:

The application is made of two parts:

All the code to build and deploy the app is available in this repository.

If you deployed the application already, you should delete the previous deployment and start fresh.

First of all, deploy your application to your Minikube cluster and wait until all the Pods are ready:

At the moment, there is one Pod running for the app and one for the database.

Kubernetes makes it very easy to increase the number of replicas to 2:

You can watch how a new Pod is created with:

The -l flag is an alias for the --selector flag. With this flag, we only select the Pods with the app=knote label.

There are now two replicas of the Knote Pod running.

So, are you already done?

And create a note with a picture.

Now try to reload your app a couple of times (i.e. hit your browser's reload button).

Did you notice any glitch?

The picture that you added to your note is not displayed on every reload.

If you pay attention, the picture is only displayed on every second reload, on average.

Remember that your application saves uploaded pictures in the local file system.

If your app runs in a container, the pictures are saved only within that container's file system.

When you had only a single Pod, this was fine.

But since you have two replicas, there's an issue.

The picture that you previously uploaded is saved in only one of the two Pods.

When you access your app, the knote Service selects one of the available Pods.

When it selects the Pod that has the picture in its file system, the image is displayed.

But when it selects the other Pod, the picture isn't displayed, because the container doesn't have it.

Your application is stateful.

The pictures in the local filesystem constitute a state that is local to each container.

To be scalable, applications must be stateless.

Stateless means that an instance can be killed restarted or duplicated at any time without any data loss or inconsistent behaviour.

You must make your app stateless before you can scale it.

In this section, you will refactor your app to make it stateless.

But before you proceed, remove your current application from the cluster:

The command ensures that the old data in the database's persistent volume does not stick around.

How can you make your application stateless?

The challenge is that uploaded pictures are saved in the container's file system where they can be accessed only by the current Pod.

However, you could save the pictures in a central place where all Pods can access them.

An object storage is an ideal system to store files centrally.

You could use a cloud solution, such as Amazon S3.

But to hone your Kubernetes skills, you could deploy an object storage service yourself.

MinIO is an open-source object storage service that can be installed on your infrastructure.

And you can install MinIO in your Kubernetes cluster.

In the next step you should refactor your app to include MinIO.

It consists of three components:

Only the Knote component is accessible from outside the cluster — the MongoDB and MinIO components are hidden inside.

For convenience, the following image is already packaged with the code changes learnk8s/knote-js:2.0.0.

You don't have to change the code, the new container image already supports MinIO.

If you're interested, you can find the final source code file in this repository.

If you want to deploy the new version of your app to Kubernetes, you have to do a few changes to the YAML resources.

In particular, you have to update the Docker image name and add the additional environment variables in the Deployment resource.

You should change the Deployment resource in your knote.yaml file as follows (changed lines are highlighted):

Please note that the command runs the learnk8s/knote-js:2.0.0 image.

However, there is still something missing.

You should create a Kubernetes resource definition for the new MinIO component.

The task at hand is to deploy MinIO to a Kubernetes cluster.

You should be able to guess what the Kubernetes description for MinIO looks like.

It should look like the MongoDB description that you defined in the "Deploying to Kubernetes" section.

Here's the complete MinIO configuration to be saved in kube/minio.yaml:

Just like the YAML file kube/mongo.yaml, this file also has a Deployment, Service and PersistenVolumeClaim resource definition.

The same concepts and understanding can be applied here.

With that, you just defined the last of the three components of your application.

Your Kubernetes configuration is now complete.

It's time to deploy the application!

You will deploy the new version of your app to Kubernetes.

First of all, make sure that you have the following three YAML files in the kube directory:

Also, make sure that you deleted the previous version of the app from the cluster:

The command shouldn't output any resources.

Deleting the previous version of the app makes sure that the old data in the MongoDB database is removed.

Now deploy your app to Kubernetes:

Watch your Pods being created:

You should see three Pods.

Once all three Pods are Running, your application is ready.

The command should open your app in a web browser.

Verify that it works correctly by creating some notes with pictures.

It should work as expected!

As a summary, here is what your application looks like now:

It consists of three components:

Only the Knote component is accessible from outside the cluster — the MongoDB and MinIO components are hidden inside.

At the moment, you're running a single Knote container.

But the topic of this section is "scaling".

Your app is now stateless because it saves the uploaded pictures on a MinIO server instead of the Pod's file system.

In other words, when you scale your app, all pictures should appear on every request.

It's the moment of truth.

Scale the Knote container to 10 replicas:

There should be nine additional Knote Pods being created.

You can watch them come online with:

After a short moment, the new Pods should all be Running.

Go back to your app in the web browser and reload the page a couple of times.

Are the pictures always displayed?

Thanks to statelessness, your Pods can now be scaled to any number of replicas without any data loss or inconsistent behaviour.

You just created a scalable app!

When you're done playing with your app, delete it from the cluster with:

And stop Minikube with:

Recap and next steps

In this section, you learned how to refactor an app and make it scalable with Kubernetes.

Here's a racap of what you learned:

In the next section, you will create a new Kubernetes cluster in the cloud and deploy your app there!